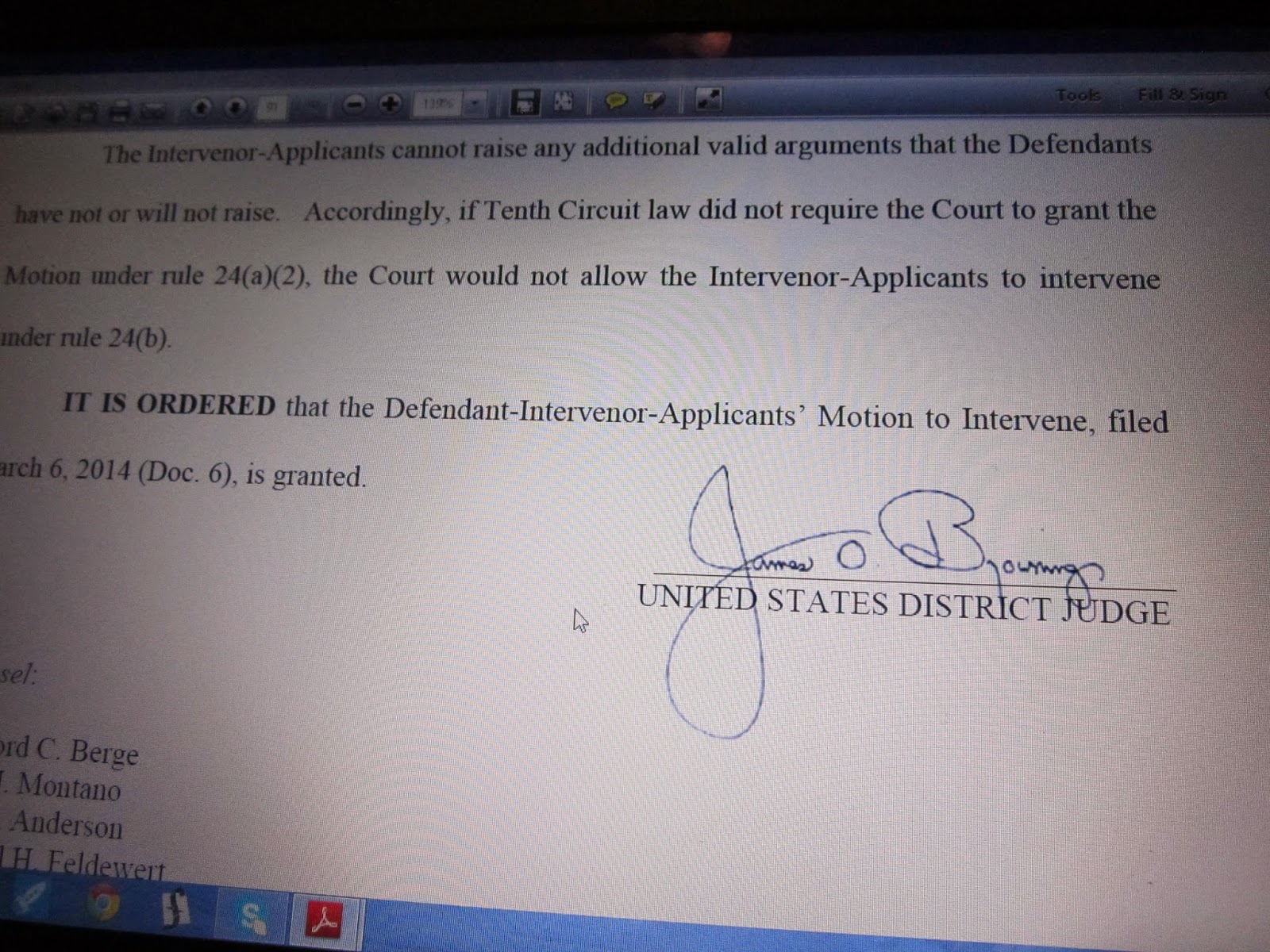 On December 5, 2014, in what can only be described as a 92-page hissy fit, U.S. Judge James O. Browning, who we must never forget was appointed by torturer-in-chief George W. Bush, let his freak show for all the world to see.

I am referring to Judge Browning's Order GRANTING the motion of the Mora Land Grant and Jacobo Pacheco, as Intervenors in Swepi v. Mora County. This is the suit that Swepi, a subsidiary of Royal Dutch Shell, has brought against Mora County to try to overturn its historic anti-fracking ordinance. With every fiber of his being, hizzoner wanted to deny the motion and send the Intervenors packing, but he was hamstrung by...wait for it...the law! From page 2 of the Order:


The Court disagrees with the relevant Tenth Circuit environmental case law, but it is bound to follow and apply the law fully and faithfully. If the Court were not required to grant the Motion under rule 24(a), however, it would not permit intervention...

Most of the other 90 pages drive that point home every which way. His clerks must have been burning the midnight oil faithfully writing their exhaustive critique of the Tenth Circuit's decision that forced Browning's hand Mother Nature's way. The experience of reading Browning's Memorandum Opinion and Order is like being cornered by a too-close-talking drunk at a bar who thinks he is witty (but mostly just smells like salami and weird socks) while he rants at you about his endless tedious feuds with people you don't know. And all that while you're still waiting for your first drink!

But on and along page 80 of the Order appeared a passage on creativity and the law so anomalous that it begged for scrutiny. Browning writes:


Moreover, with the Tenth Circuit’s lenient rules in finding a protectable interest, any
private party, with a creative enough attorney, can intervene in a case in which the government is a party.

Creativity, in the judge's parlance, is not a good thing--egads, it leads to partycrashing!

Here Judge Browning's examples belong to the realm of topography. I turn to philosopher Levi Bryant who makes a distinction between topographical maps and vector maps in Onto-Cartography, An Ontology of Machines and Media (Edinburgh University Press, 2014). According to Bryant, a topographical map is a "sort of snapshot of worlds or assemblages at a particular point in time." But vector maps "chart the trajectories along which worlds are unfolding." 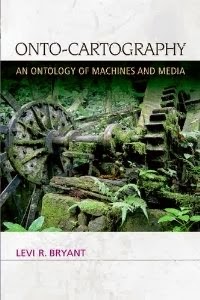 This is our fundamental conflict, Judge Browning's and mine. He's judging from the position of Mora's present unspoiled landscape without a thought to the trajectory that will unfold as a result if Swepi were to somehow prevail. He continues:


One intervenor may have an interest in studying specific foliage, and other intervenors have interests in studying other foliage.

"Specific" and "other" are his descriptors for foliage. There's an almost autistic dispassion at the thought of leaves.
He has no terms to differentiate one from another, even for purposes of illustration. 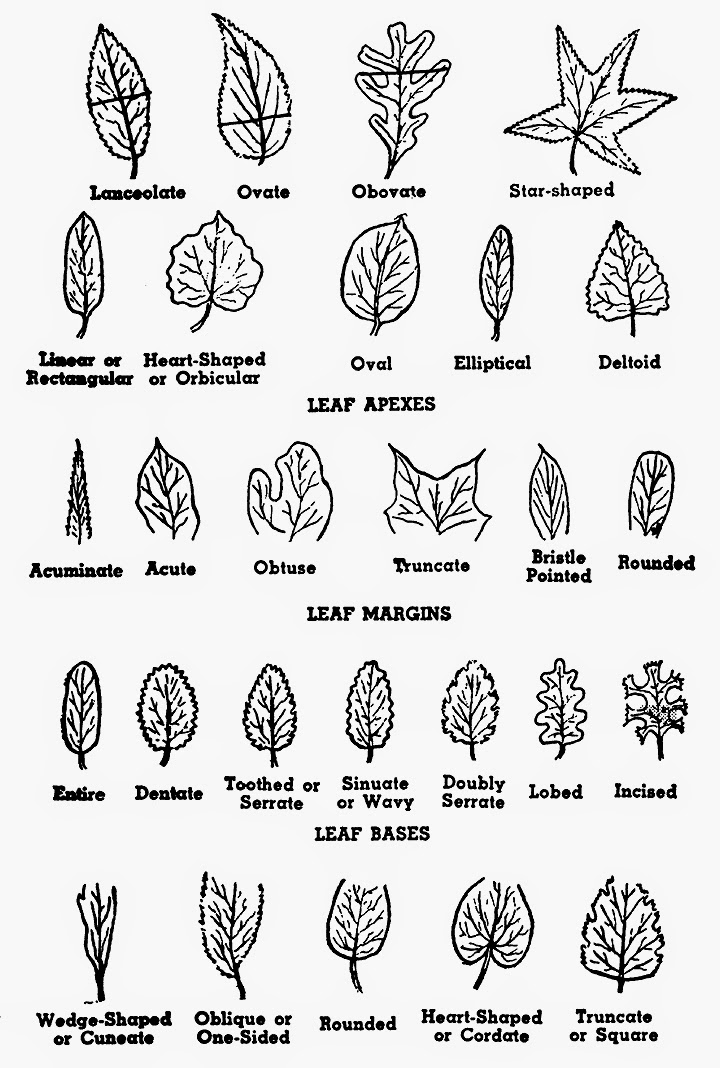 No wonder creativity is so threatening, a theme he returns to in this next passage:


One intervenor photographs the forests and the landscapes; another paints. With a creative enough attorney, an intervenor -- or dozens of intervenors -- can think of specific enough interests that a case may impair, and, once the interest prongs are satisfied, the intervenors automatically satisfy rule 24(a)(2), because, according to the Tenth Circuit, a government entity is incapable of adequately protecting these private interests in spite of the common objectives.

Now I understand that the Tenth Circuit is as dirty as they come. Be that as it may, I just want to say thank you to them that they were able to face that last bit of reality: a government entity is incapable of adequately protecting these private interests...

Having the Intervenors join the Mora County Commission in its defense against Swepi has already strengthened the case to protect the Ordinance. The Intervenors are pursuing Discovery with all due diligence and on Monday, December 8th, they filed a first set of Discovery requests, which could lead who knows where...? Judge Browning will be hard put to dismiss these requests, 36 in all. He'd have to torture the law to make them disappear.

In Earth, Maps and Practices, the final chapter of Onto-Cartography, Bryant adds a third type of map--modal maps:


Modal maps map futures that could exist if we were to intervene...the environmental activist might note that the world is unfolding along a particular vector that will, in the future, lead to the extinction of thousands of organisms, world hunger because of changes in agricultural conditions, more destructive weather events, and tremendous economic and political instability as people fight over resources. A modal map would consist of acting on the topography of the present to produce a possible future that would avoid this fate.